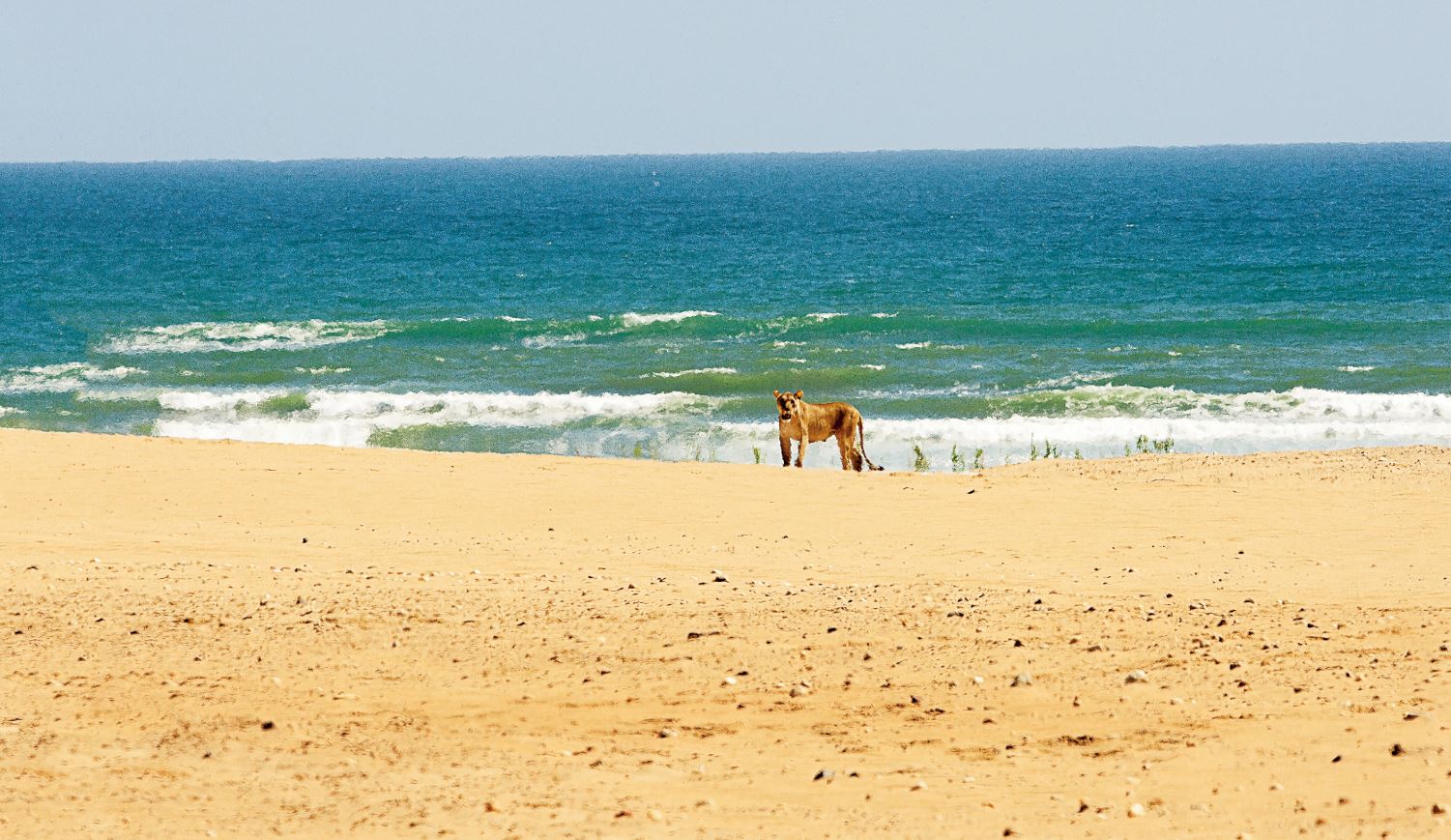 With great foresight the new constitution, that was adopted at independence in 1990, Namibia enacted very progressive environmental protection laws and adopted a unique conservancy program that gave and gives the communities of the country the right to manage their own lands and the wildlife living on it in the form of communal conservancies. Today more than 40% of the country as a form of conservation management. This includes national parks and reserves, communal and commercial conservancies, community forests, and private nature reserves.

With more than 70 registered conservancies one in four rural Namibians manage and benefit from the income generated, mostly from – wildlife – tourism. These conservancies give the people a sense of ownership over wildlife and other resources, thus encouraging them to care for their environment and the wildlife living on it. It gives them a sustainable income, to supplement that from agriculture and livestock herding.

This has led to a remarkable recovery of wildlife. Statistics from the Namibian Ministry of Environment and Tourism show that the country boasts “the largest free-roaming population of black rhinos and cheetahs in the world and is the only country with an expanding population of free-roaming lions.” Namibia’s elephant population also thrives.

Zooming in on the Kunene region in the northwest, the establishment of conservancies there also led to the return of wildlife, through providing tangible benefits to local people for their conservation efforts. Jason Nott, safari specialist and close to the main conservation efforts in the Kunene: “the increase in prey populations has led to the inevitable increase of predator populations. Predator species have expanded their ranges into areas that were previously unavailable to them due to the lack of prey and human persecution. Whilst predators have the potential to attract tourism revenue, they also come into conflict with farmers in conservancies. Livestock remain an important part of the livelihoods of people living in the Kunene region, livestock depredation (by the predators, JT) is thus a growing concern throughout the region.”

Nott continues: “Lions (Panthera leo) epitomize the paradox of predators being both valuable and costly. This species is highly valued by eco-tourists and hunters; yet lions pose a serious threat to livestock and human life. The threat posed to human life is largely a perceived one, based on fear and a misunderstanding of the species. However, the threat they pose to livestock is often realised by the loss of cattle. Adult cattle are the most valuable livestock in the region, and they are rarely threatened by other predator species. Thus, whilst a certain level of small stock and donkey predation caused by other species is tolerated, the loss of cattle by lions is difficult to tolerate by the hard working communities.” 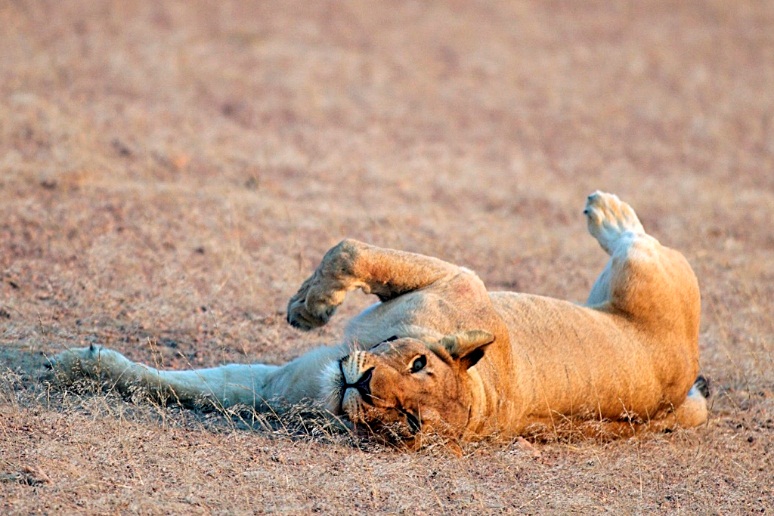 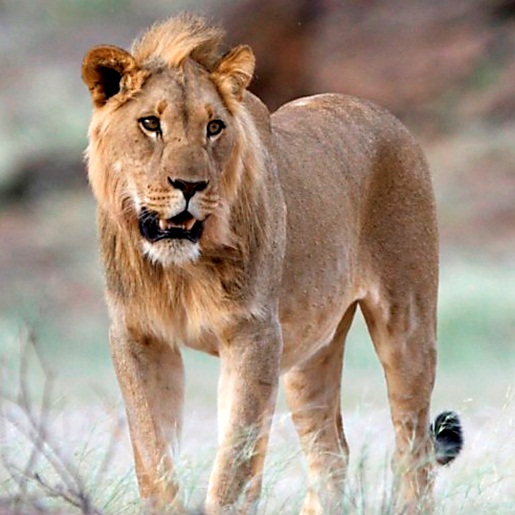 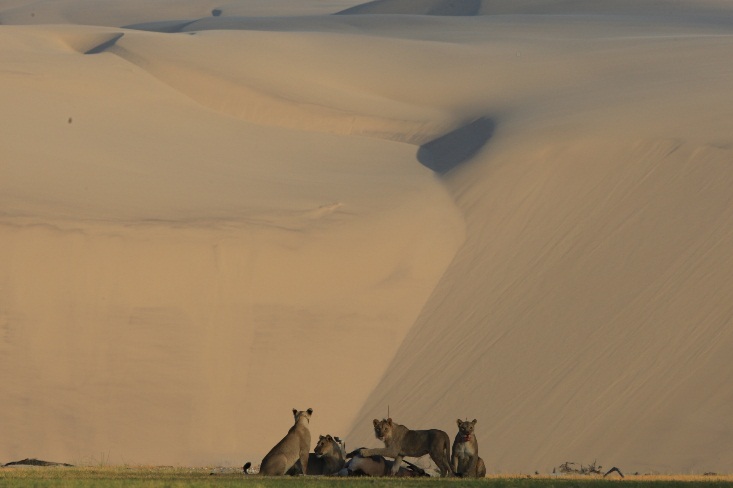 I visited Dr Philip Stander, founder of The Desert Lion Conservation Project, in May 2017, together with Nott. Dr Stander is pivotal is the protection of the Desert Lions, who without his indefatigable drive to conserve these iconic animals. And he is remarkably successful in this, given the fact that he mostly is a one man band. In the area that he covers, that totals some 55.000 km2 (comparable to the size of Belgium and The Netherlands together) the desert lion population has increased dramatically.

Flip side of this conservation success is that the human-lion conflicts are – at times steeply – on a rise.  Essential is involving the local cattle herders in the different communities in this Kunene region, to try to make them understand the above mentioned advantages of preservation instead of the understandable first urge to annihilate and thus reducing the human-lion conflict, through thoughtful promotion of so-called ‘lion eco-tourism’. By collaring the desert lions in the Kunene Region, which has increased the success of the lion-tracking and monitoring, has enabled the communities and the project a better understanding of lion movements and behaviour. Furthermore, Dr. Philip Stander’s knowledge of these lion movements and behaviour is an essential part of the mitigation of the human wildlife conflict.

Dutch television viewers might recall the documentary in which the well-known and respected tv anchor Floortje Dessing, visited the young South African – Dutch filming couple Will & Lianne Steenkamp, makers of the award winning documentary “Vanishing Kings – Lions of the Namib”. They spent over two years in the field following a specific pride of Desert lions. It is a true story about the survival of five young male lions on their epic journey to adulthood. This was followed by a sequel and a book. About that more in a next blog, as it deserves its own write up. 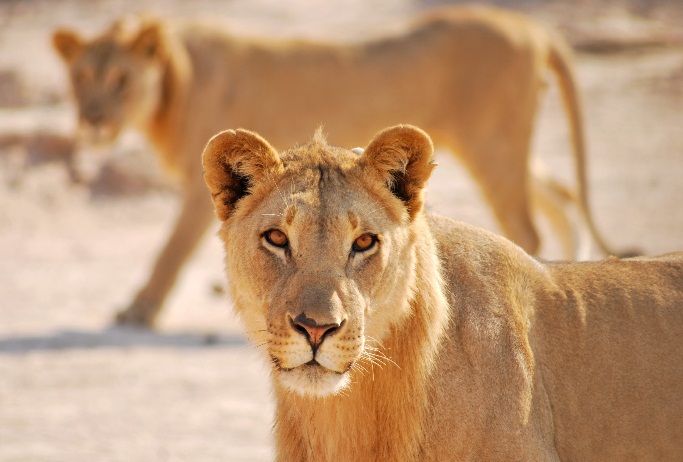 I now want  to focus on the good work of The Desert Lion Conservation Project, which – as Jason Nott explained – “has been involved with the conservation of the desert lion population in North Western Namibia for almost two decades. The project has been instrumental in the rebirth of this small population from a mere 20 lions to population of over 150. This has been due to the dedication from Dr. Philip Stander and the major roles played by the Namibian government and local communities. The Project is run solely by Dr. Philip Stander and all his work is done from his land cruiser vehicle.”

I have had the privilege of being out in the Kunene with ‘Flip’, as he is playfully called by people close to him, tracking a lion mother that had hidden her newly born cubbs whilst she went out hunting for food. Over dinners, where Flip showed a keen interest in us being interested, we shared a good glass of wine and spoke about his work and his needs. This focused more and more on his vehicle, that is Flip’s main tool in his work. This now battered Landcruiser serves a multitude of roles: Flip literally lives (and sleeps) in it, behind the steering wheel on the driver’s seat only, as the ‘passenger seat’ is taken up by his tracking and registering devices, laptops and recorders. In the back, Flip created a mini field hospital, where he can operate ‘his’ lions, when needed and keeps blood and faeces samples as well spare parts. I can go on for hours over this remarkable character and his vehicle…

Understandably even a sturdy Landcruiser like this, at some stage starts to get ‘tired’ and now really is in need of replacement, so it is with that in mind that the below has been set out to look for funding to replace the vehicle and the equipment inside of it. Purely to allow the project to continue. 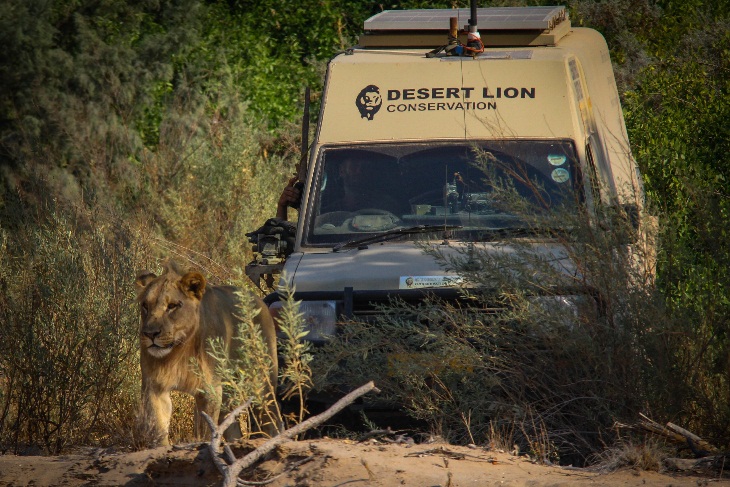 If you allow me to talk of behalf of the Board of The Thika Foundation, we have embraced this as one of our two founding projects and have allocated a first amount of Euro 10.000 towards this.

The funding will replace the vehicle which will allow the Desert Lion Project and Flip Stander to continue with the below:

– The vehicle will act as the field station for the project, where all immobilizations and monitoring is done from

When converting The Thika Foundation donation to Namibian Dollars, we have a start funding at around N$ 140.000. May I invite others interested in this project, to contact myself or the other Board members, to discuss options and opportunities?!

Alternatively, you and your partner or travel party, could also sponsor the running costs of the program by taking up a few days & nights with Flip Stander himself in the Namibian bush in the north western Kunene Region, like I did with some good friends. On top of the regular safari and travel costs there will be a dedicated surcharge for The Desert Lion Conservation Project, that goes directly to the project. This enables you to be part of the conservation activities, whatever is on or demanded by the lions, the lion-human conflict or the rest of the ultra-interesting work Flip undertakes. I will be your personal contact in this matter for more details and options. 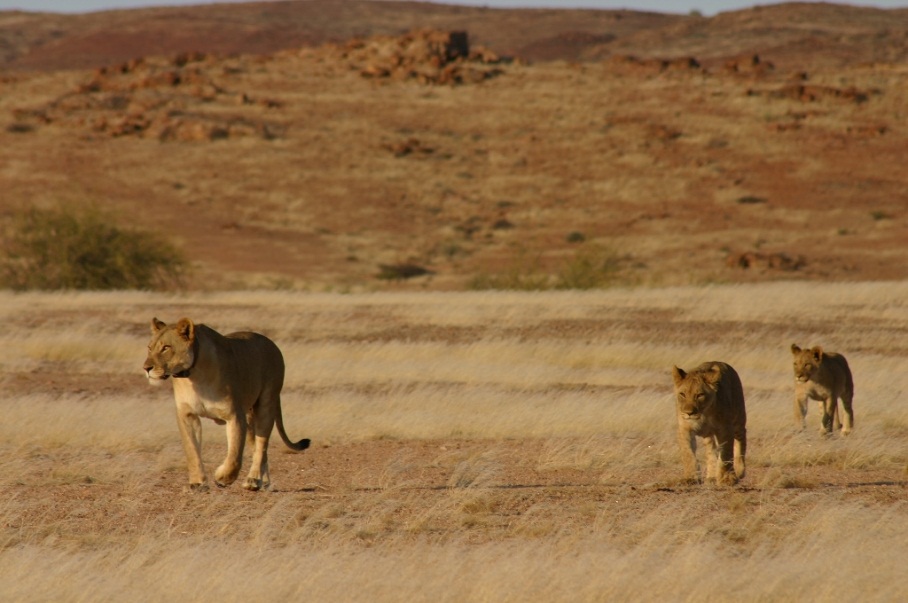 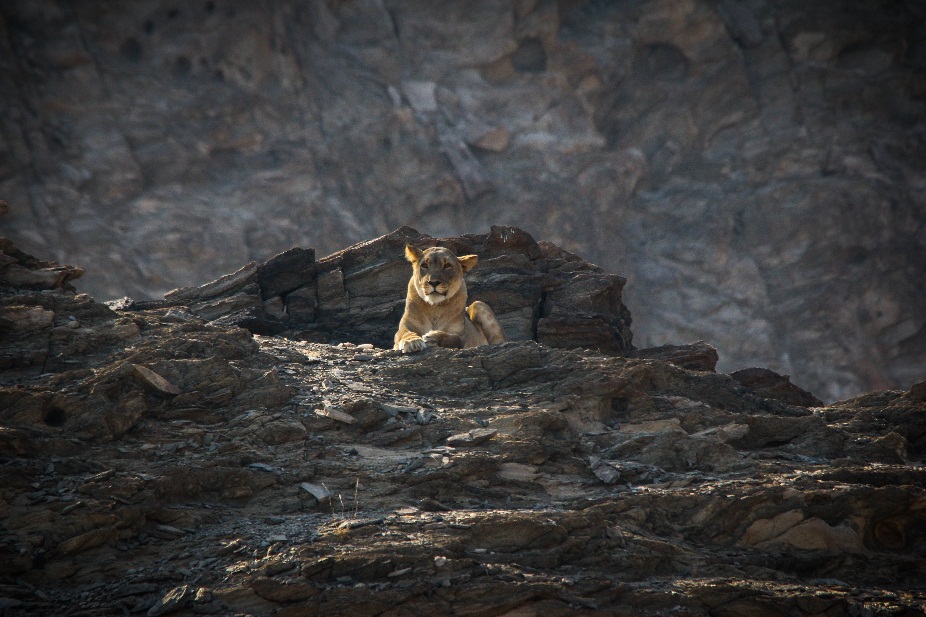 With a big thank you to my travel companion and guide, Jason Nott, for his factual input into this blog article!