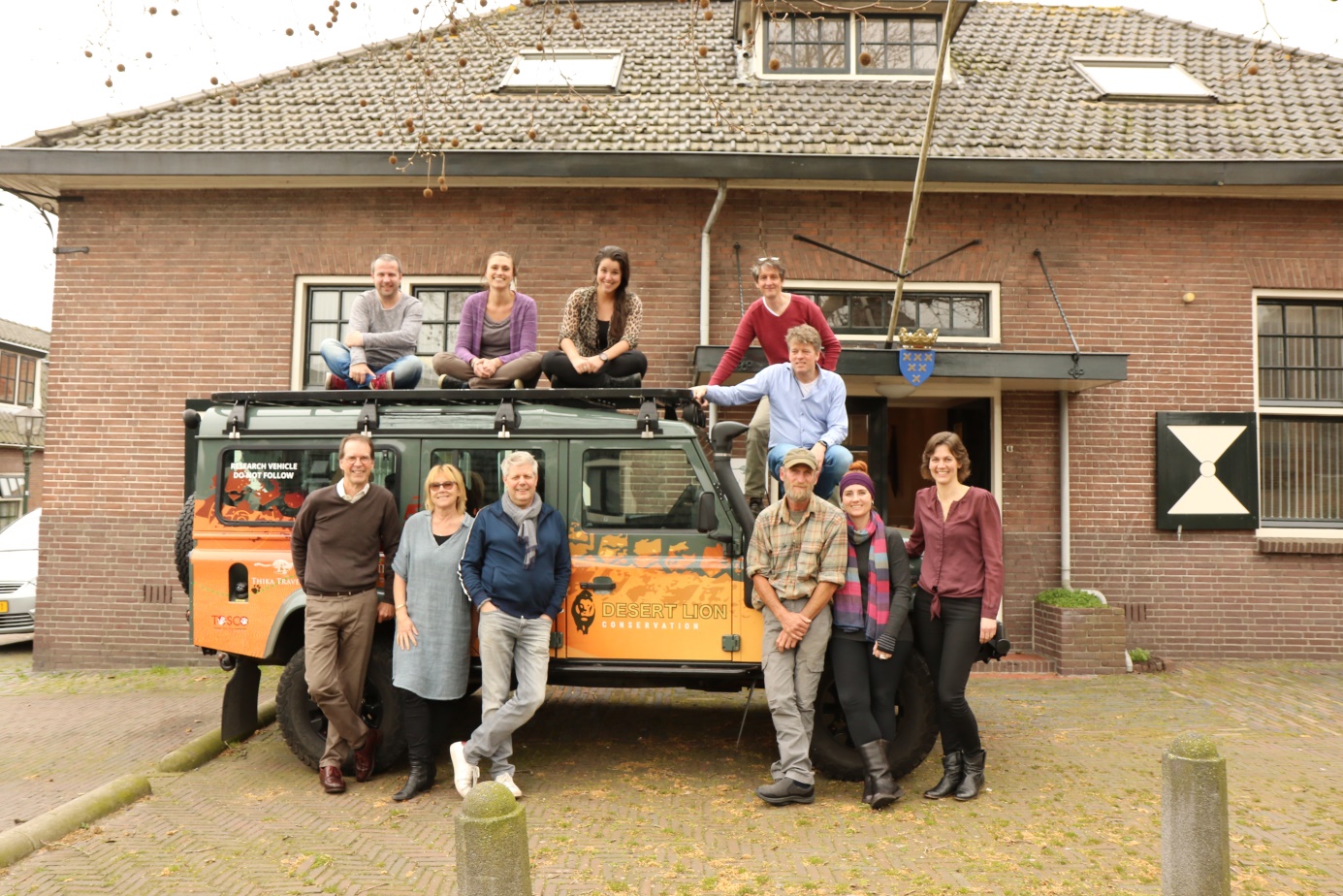 The ‘research vehicle’ of Luuk Eikelboom from CARE Eindhoven, parked in front of Thika Travel in Kockengen with Luuk, Flip, Emsie and Thikeños. 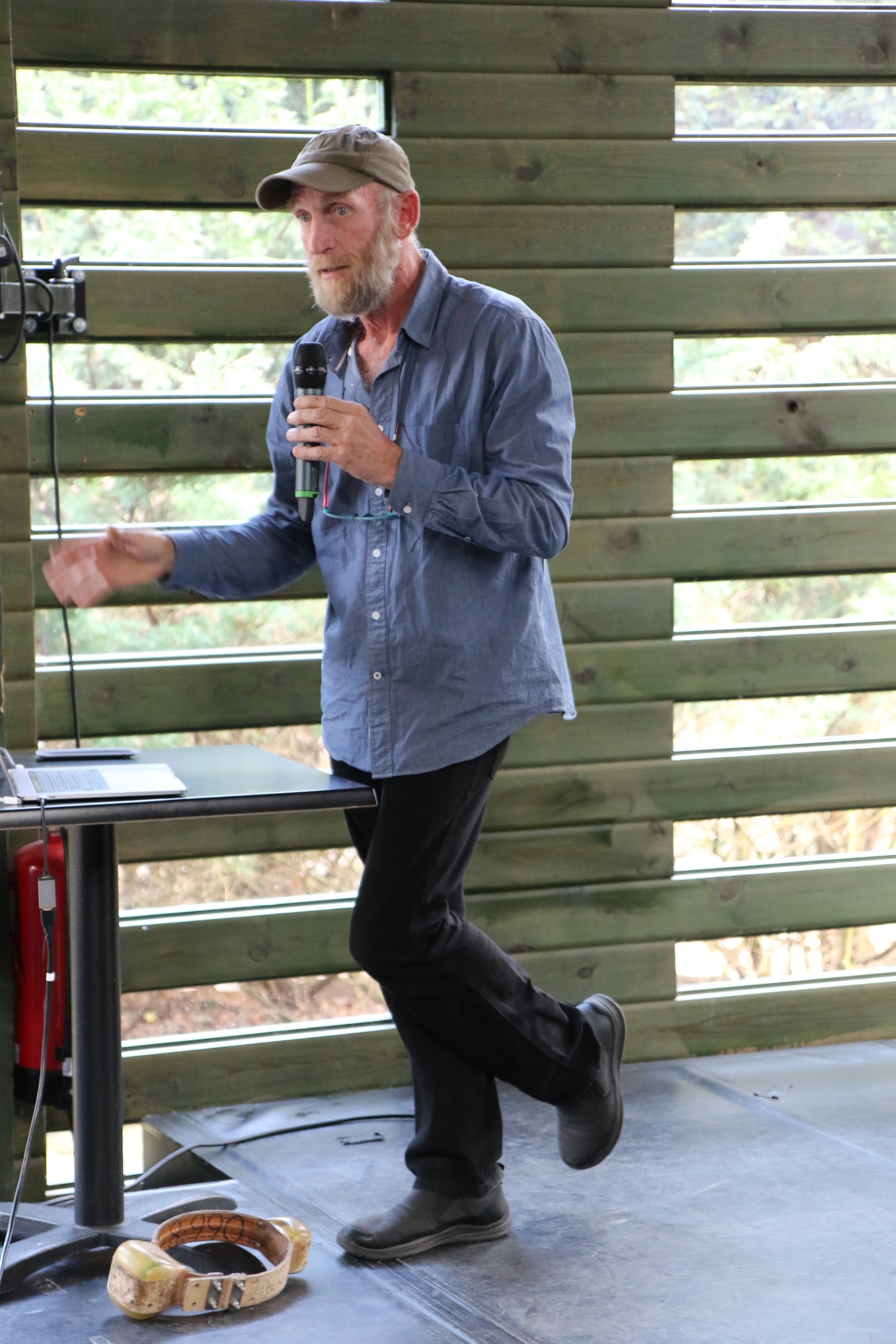 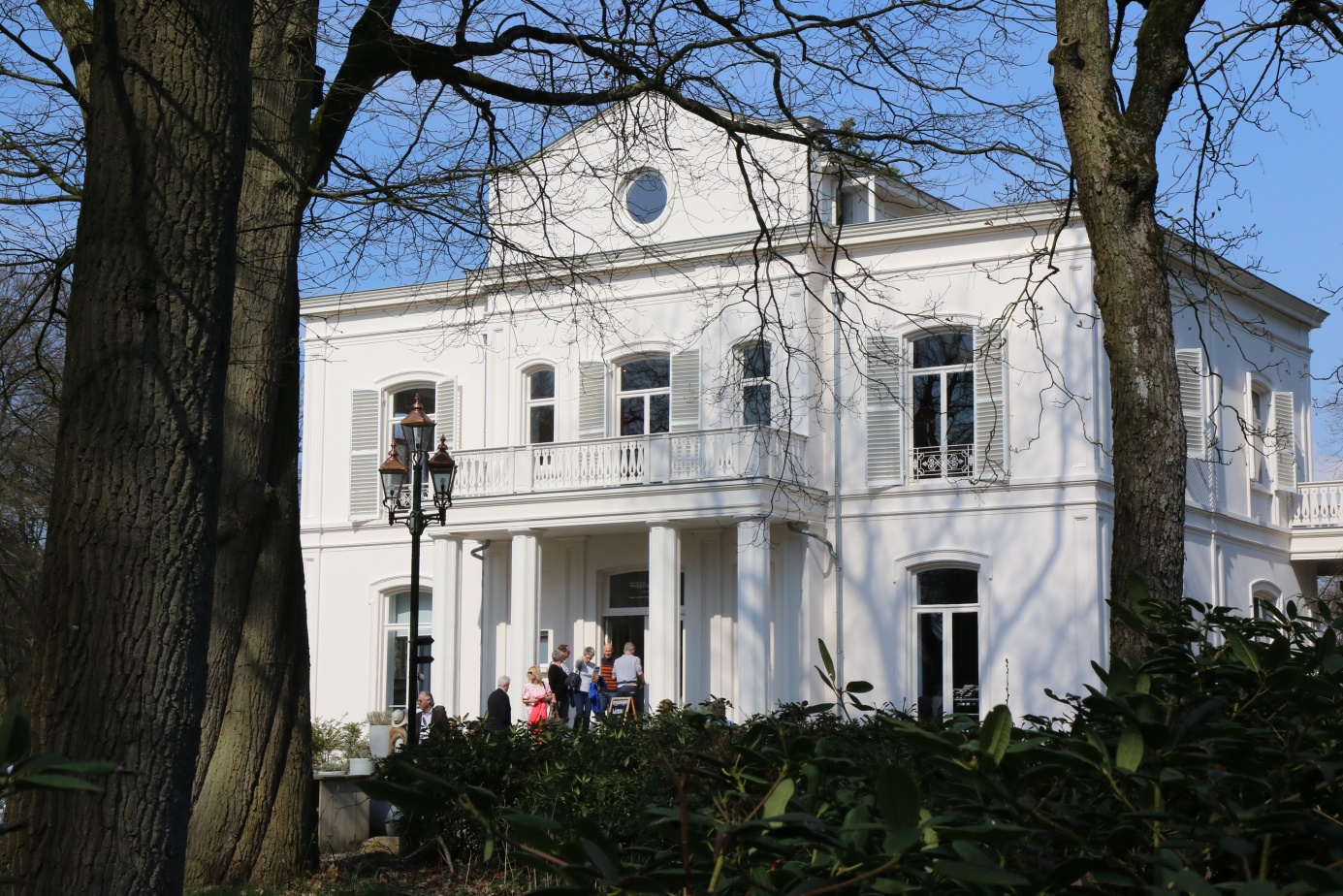 The main building on Landgoed De Paltz in Soestduinen, where the Herman van Veen Arts Center is situated. A beautiful, sunny day in an amazing place. 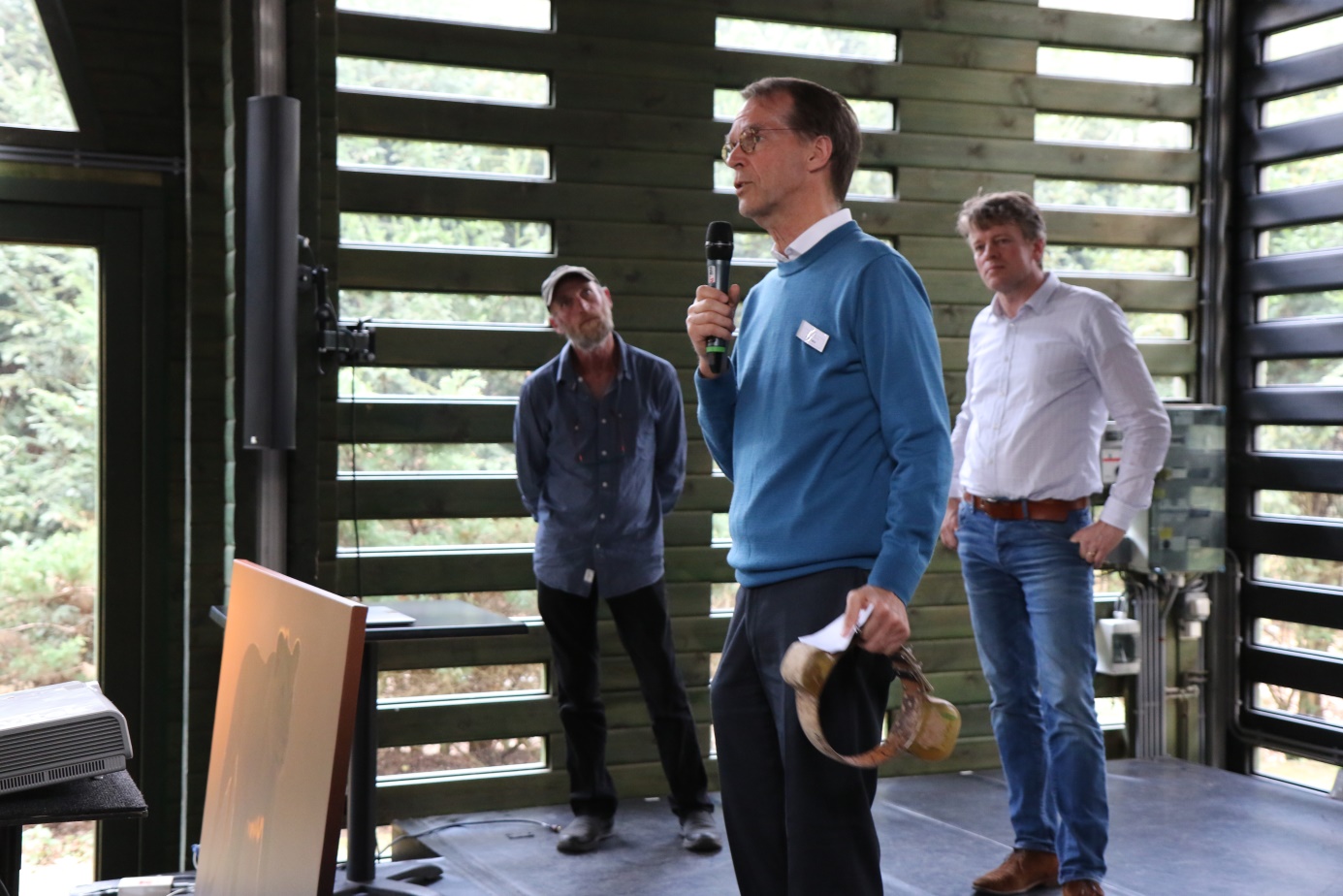 In the Kapschuur at Landgoed De Paltz, Flip and Luuk demonstrate the use of the satellite collar, worn by a select few lions and lionesses. 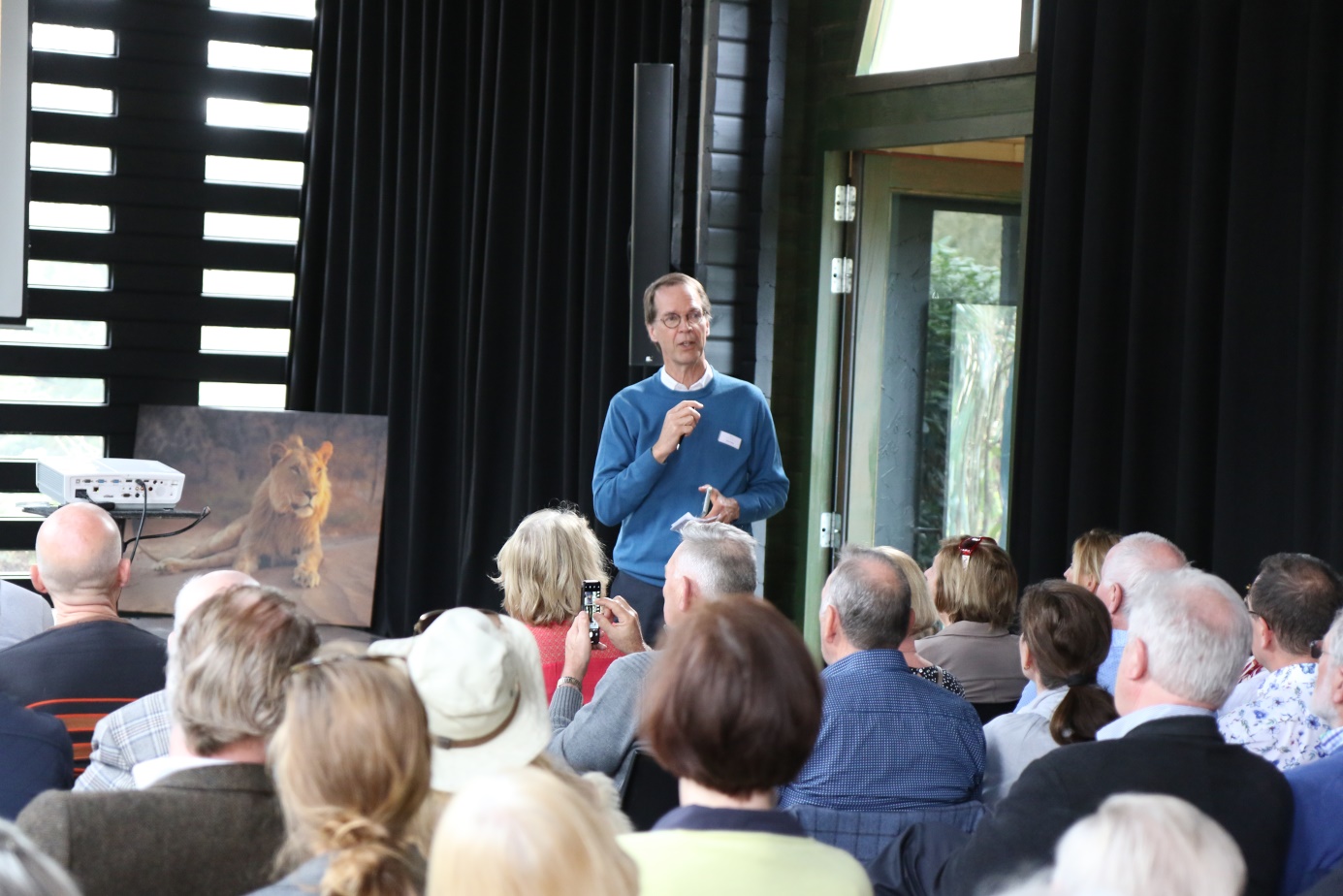 Joost is auctioning off a donated canvas of  ‘Tullamore’, one of the Five Musketeers from the film Vanishing Kings film. You too, can own one of these amazing canvasses! 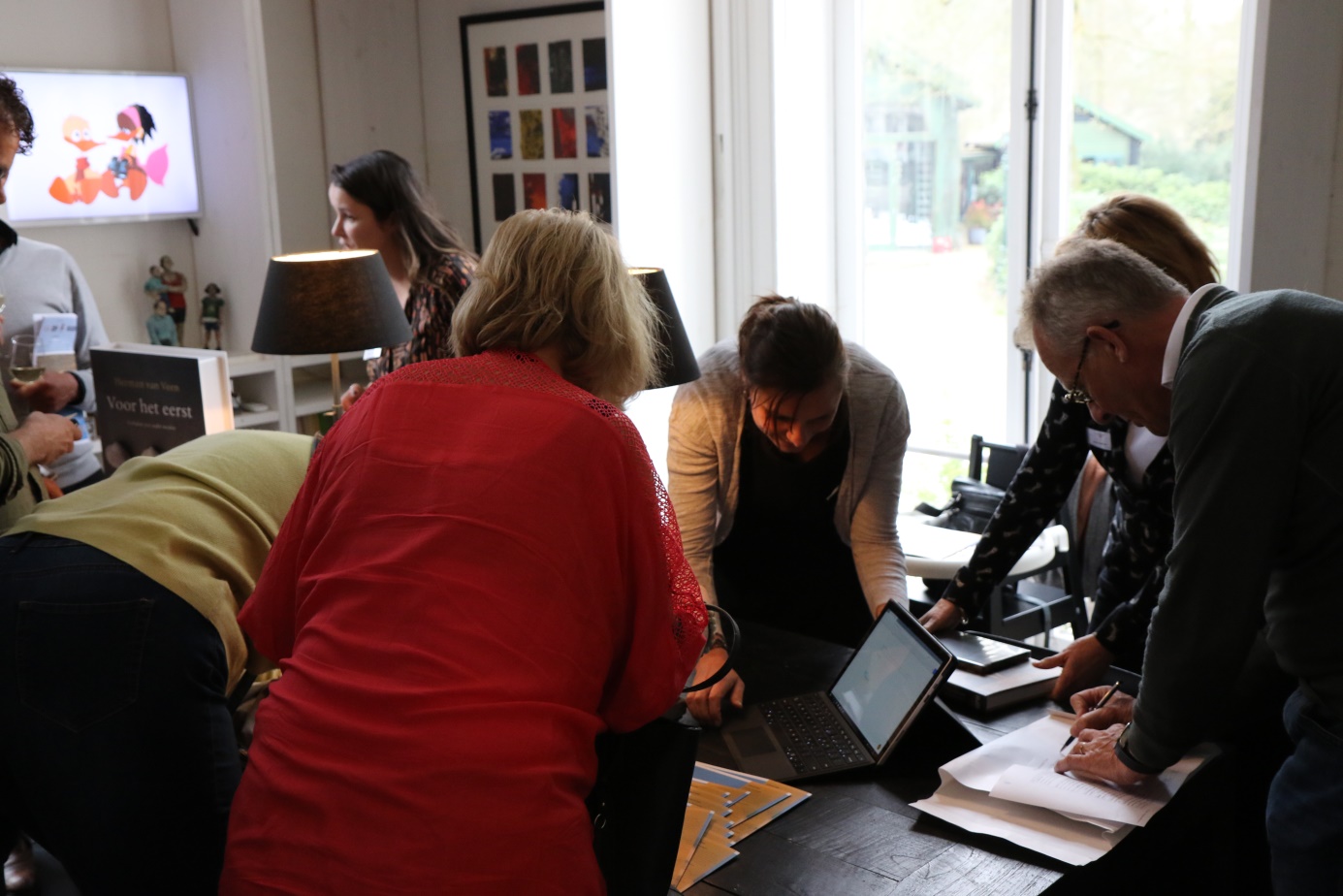 Agreet Bloem is is the proud new owner of the gorgeous shot Will & Lianne Steenkamp managed to take of Tullamore, the main character in their award winning ‘The Vanishing Kings’. 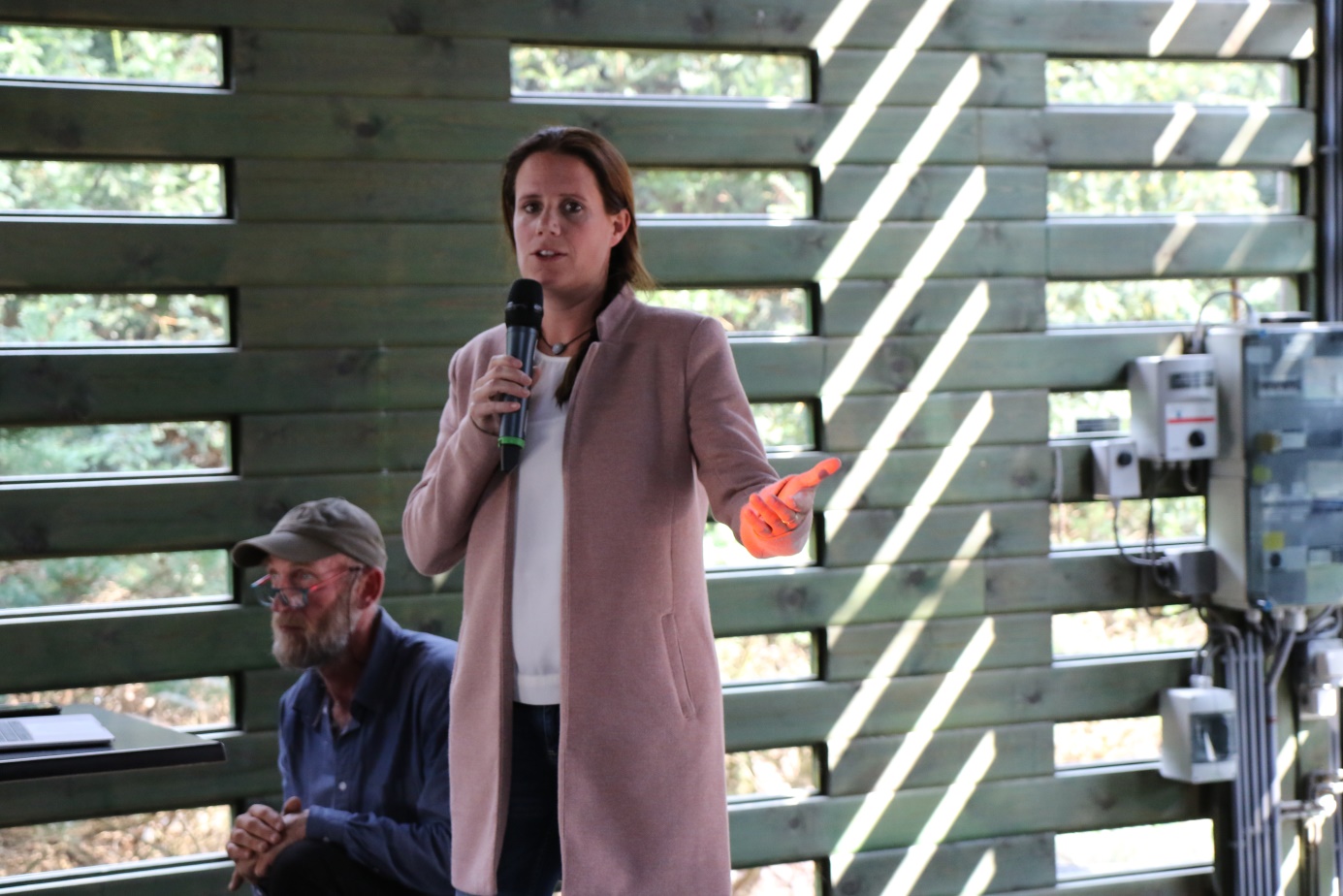 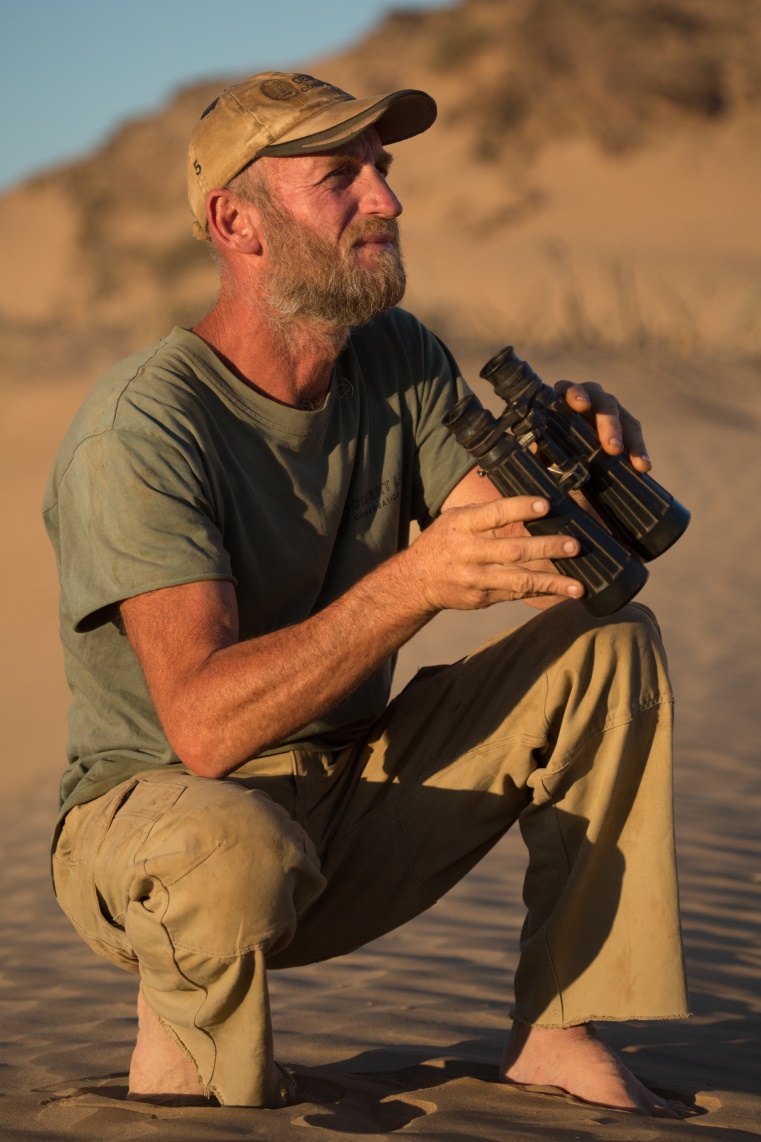 However much Philip loved presenting in The Netherlands, he will always prefer being right here. You can join Philip in the desert in his quest to conserve the lion population – just get in touch with the travel experts from Thika Travel!

Luuk and Philip next to Philip’s old vehicle. His new vehicle is currently on it’s way! 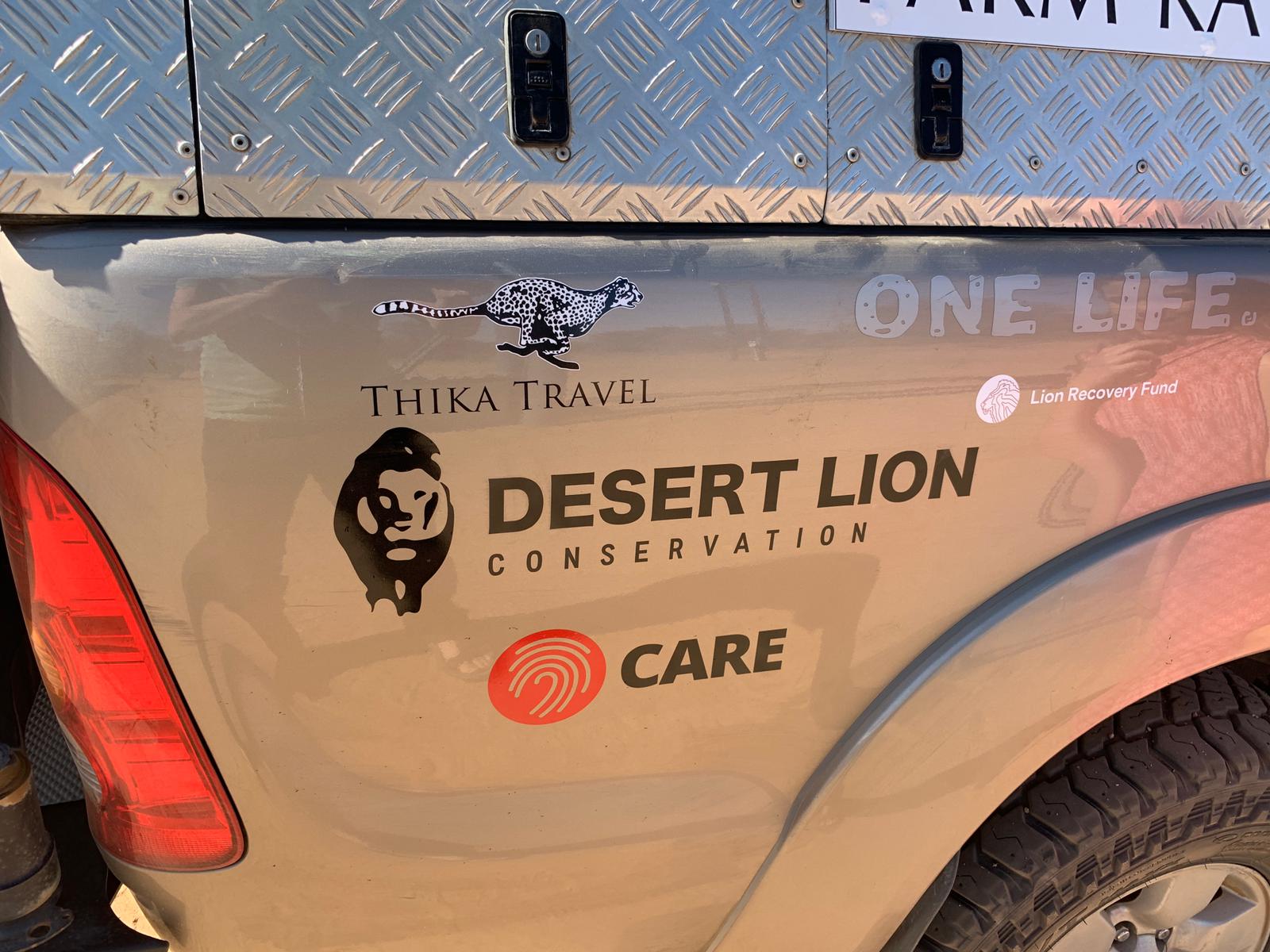 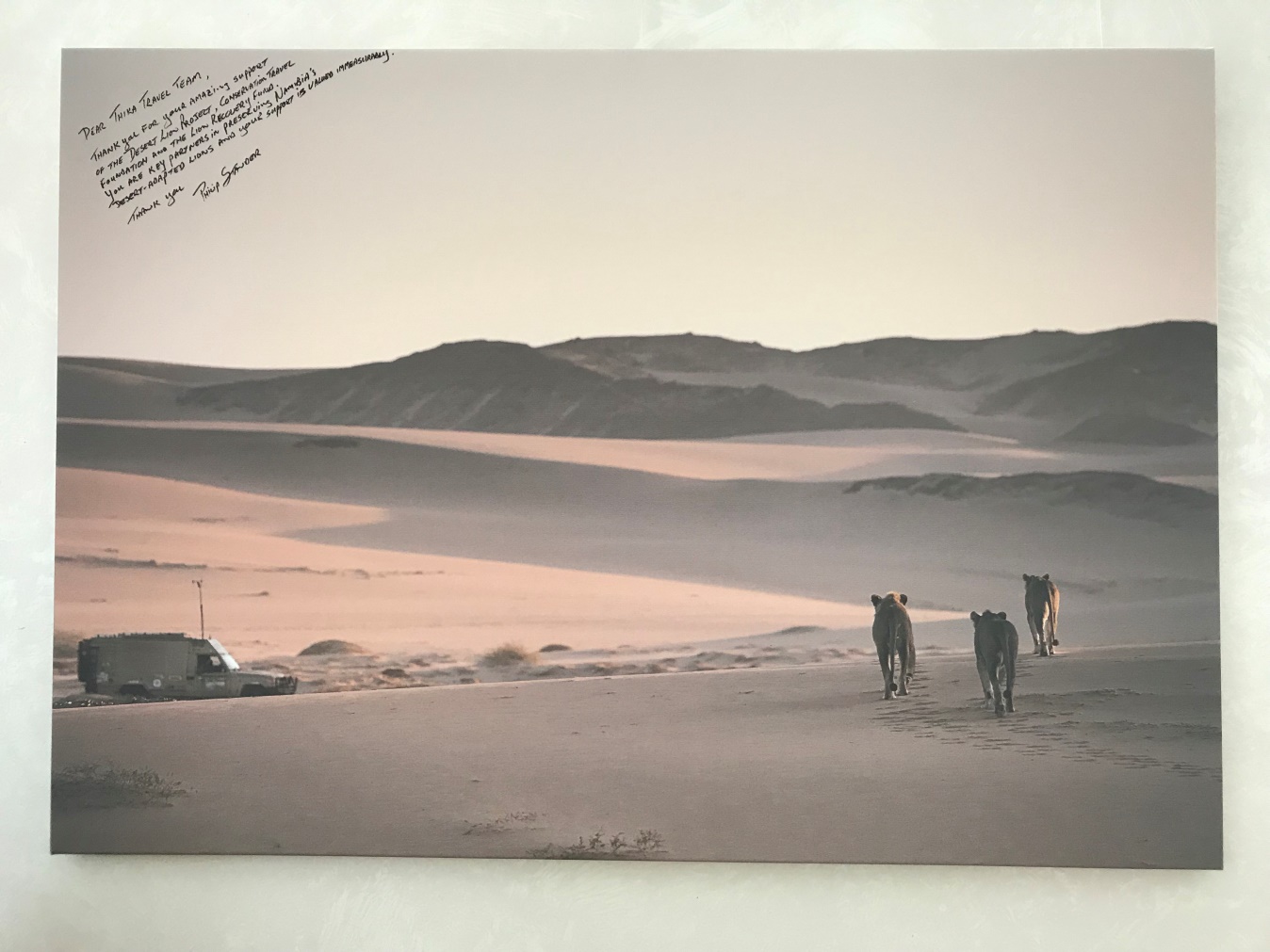 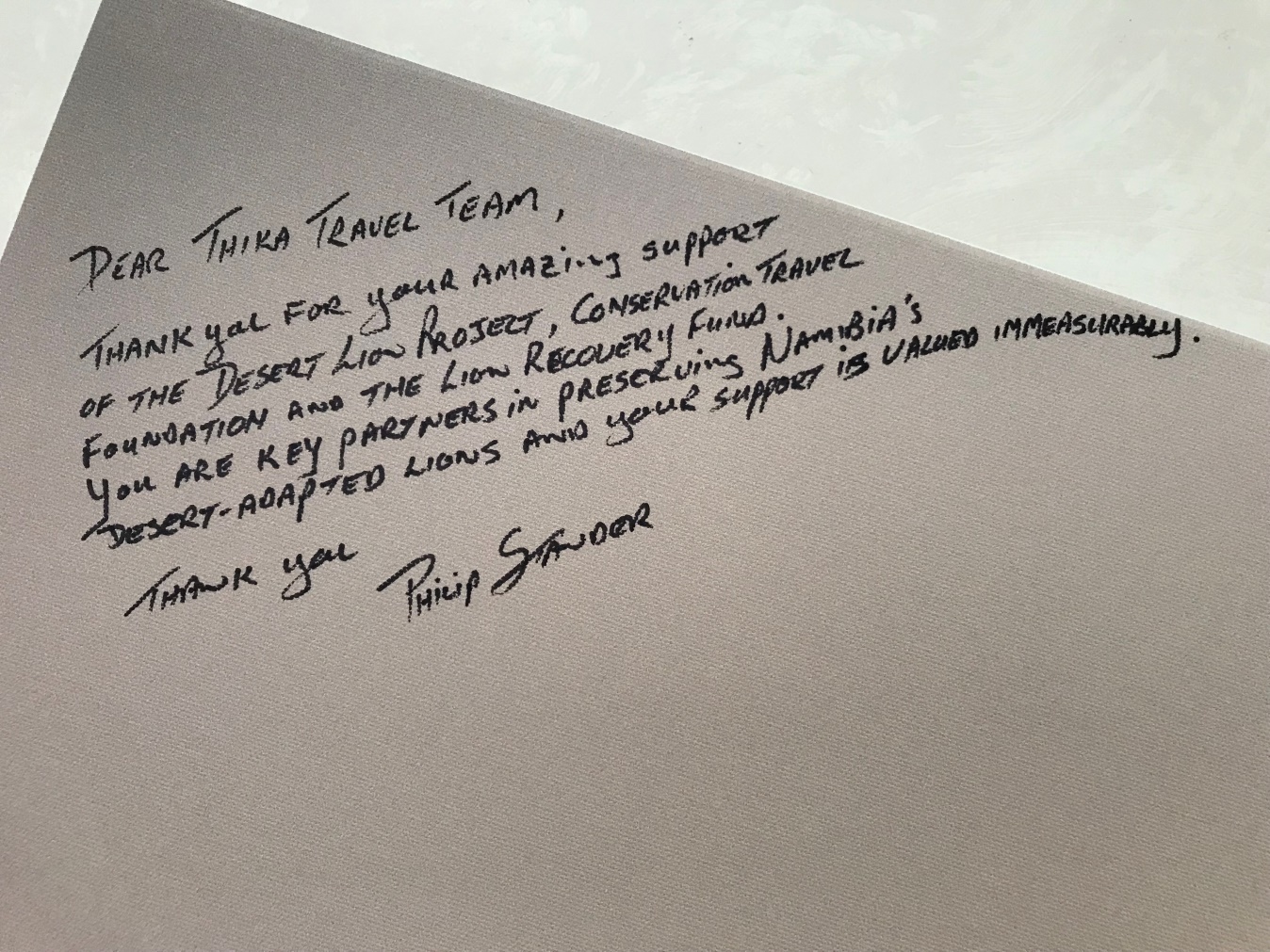 Little ‘thank you’ from Philip to all the sponsors. 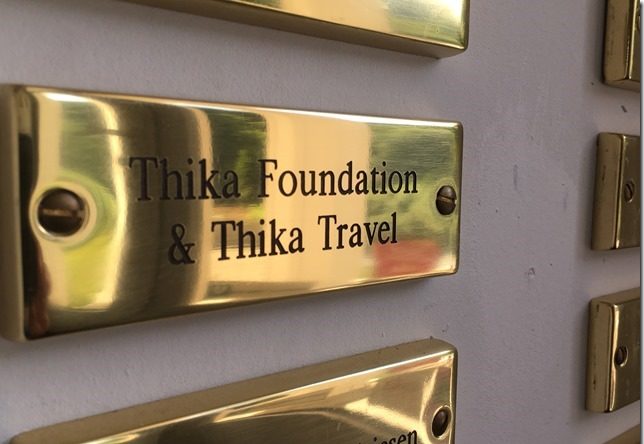