Liwonde National Parks made all the headlines in the world press. Epic elephant translocations and many more other species in its wake. Prince Harry volunteering together with many other dignitaries and film crews. That needed to be as big funds were needed and it needed to be done. Truly it was a great achievement. But key into all this are the boots on the ground. Lots of employment created for that translocation, and then: pretty silent.

African Parks, the initiators and contractors of this masterpiece of conservation continue to operate in the park and do an incredibly good job. On a daily bases. 24/7 and 365 days a year. With it comes a lot of work to support Liwonde’s rural communities in their understanding of the benefits a well-managed national park brings to them. Also initiating and financing emerging micro-entreprises, planting trees for food and firewood, health improvement programs, education and job creation. This is where we as the Thika Foundation can play a role.

For over 3 decades I have been involved in all sorts of small-scale and larger conservation efforts in a fair number of destinations featured by the touroperator Thika Travel that I co-founded in 1987 in Zimbabwe. Through that I have been able to identify the ‘good ones’. African Parks is without a doubt the most effective organization for me. I have been fortunate to dive deeper into their conservation efforts in Zambia, Rwanda, Congo Brazzaville, Malawi and Mozambique. And I was nothing short of deeply impressed, each time I could go ‘behind the scenes’ and listen to the stories of the heroes on the ground.

This has formed the starting point of the selection by the Board of the Thika Foundation for her second 2019 project to support: one of “AP’s” success stories in Malawi, Liwonde National Park. Last November the Thika Foundation hosted donors and guests to be taken into the challenges and successes of this largest conservation NGO in Africa, by two key players in the leadership of AP in Europe.  I would like to introduce AP here to those that couldn’t be there that evening and to the project chosen to support.

African Parks originally is a Dutch non-profit organization, focused on the recovery of mostly heavily endangered and damaged, essential natural areas. Their conservation efforts are spread over 16 parks and more than 11 million hectares of the most beautiful habitats in Africa. Strictly formulated plans are implemented in close partnerships with the relevant national authorities. The local population is equally closely involved through high-quality skills training, broader education and sustainable employment. This results in economic progress based on those conservation efforts and – step by step – an emotional ownership of nature reserves by these same local communities. Carefully managed tourism must then ensure more sustainable money flows, with which the parks can become self-sufficient in the long term and the management can be transferred to qualified originations or bodies.

Successful fundraisers – why then an AP project adopted by the Thika Foundation?

Thanks to the donations from a number of large and smaller philanthropists and high-profile nature conservation organizations, which, just like me, have been “impressed” by the success that AP is showing, and the extremely successful own fundraising activities, AP is able to do its comprehensive work. With, as we learned in Woerden, a budget of around USD 70 million. However, the AP field of work is so comprehensive that there are necessarily many white spots between the large projects. As a result, smaller projects – often community-oriented – risk not getting the attention and funding to allow that community to benefit from the major conservation work in more direct ways. And that is where Thika Travel and the Thika Foundation jump in.

With the arrival of African Parks in 2015, a successful trajectory has started in Liwonde National Park, which has reversed the downward spiral of intensive poaching and human wildlife conflicts. This CNN documentary “Inside Africa“ ​shows how the transformation of Liwonde National Park directly contributes to the development of people living close to the park or in the immediate vicinity. This is an estimated 900,000 people. Not only are there qualitative jobs that are generated by and at African Parks themselves, such as the game rangers, the builders / skilled labor, the engineers who fill in the technology, including maintaining the fence around the wildlife as good as they can, until the next elephant believes the grass is greener on the outside of the fence… 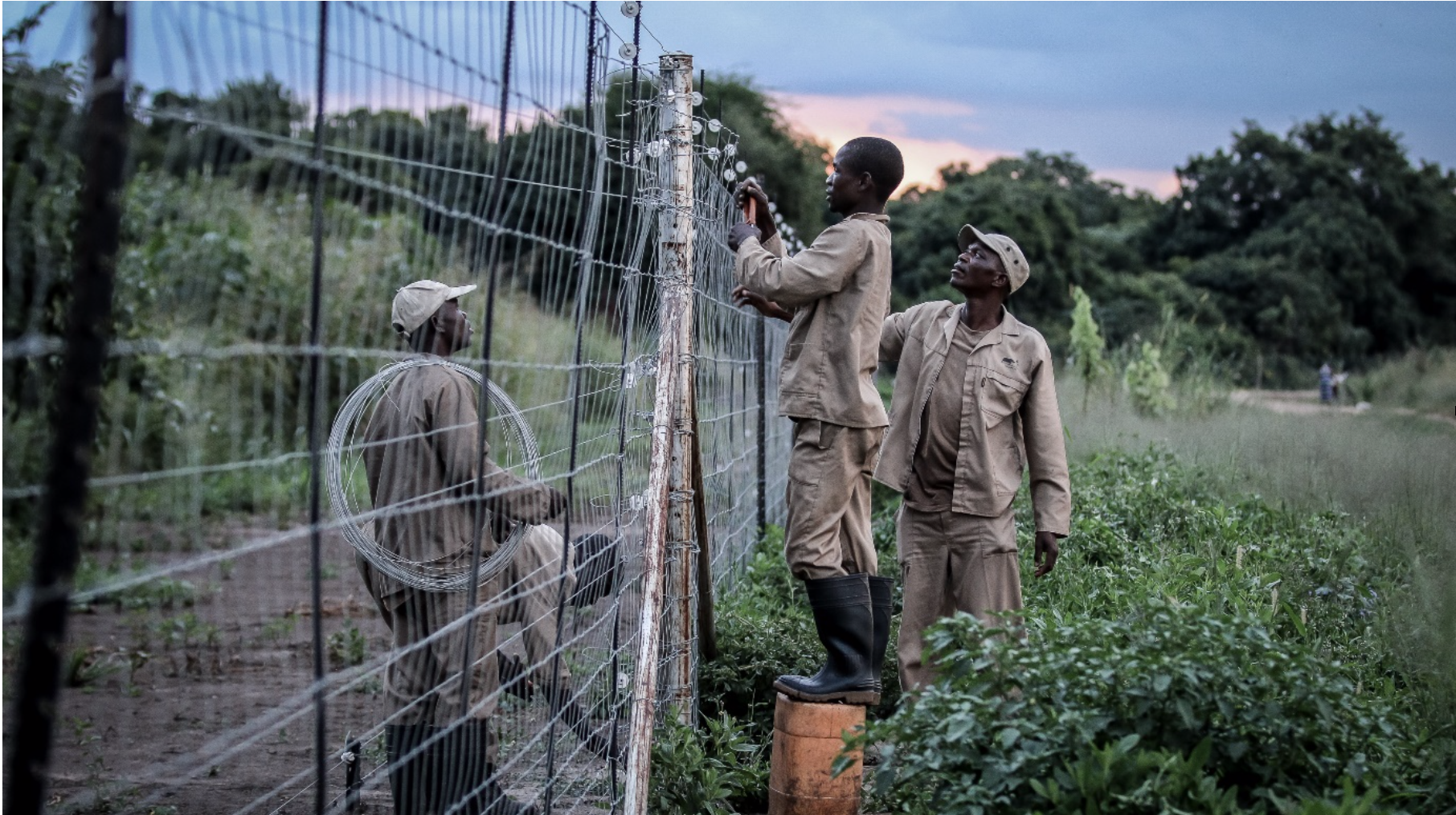 from the conflict that irrevocably arises when wildlife and locals want to use the same natural resources. Example of an elephant in the corn field, the lions and the cattle or even the children. Protecting the wildlife and humans alike, avoiding human wildlife conflicts and fully focusing on the education of the next generations.

When you support African Parks, your donation supports the parks and does so much more than just saving wildlife; your gift is a lifeline for people living in these areas as well.

The Thika Foundation wants to help African Parks in safeguarding the animals and the safety of the local population living nearby. Only if they too embrace the park and experience that wildlife and people can live in good balance with each other, will Liwonde continue to be a success story.

Instead of sending Christmas cards or presents, Thika Travel, which takes care of all the costs of the Thika Foundation, makes that budget available to double your gift!

Details about donation can be found on the Thika Foundation website

Did you know that the Thika Foundation is recognized by the ANBI, as a result of which these gifts are also deductible from your Income Tax? 100% of your donation ends up with the supported projects.

Will you help us help AP and the communities of Liwonde? On behalf of the Board of the Thika Foundation, I deeply thank you! 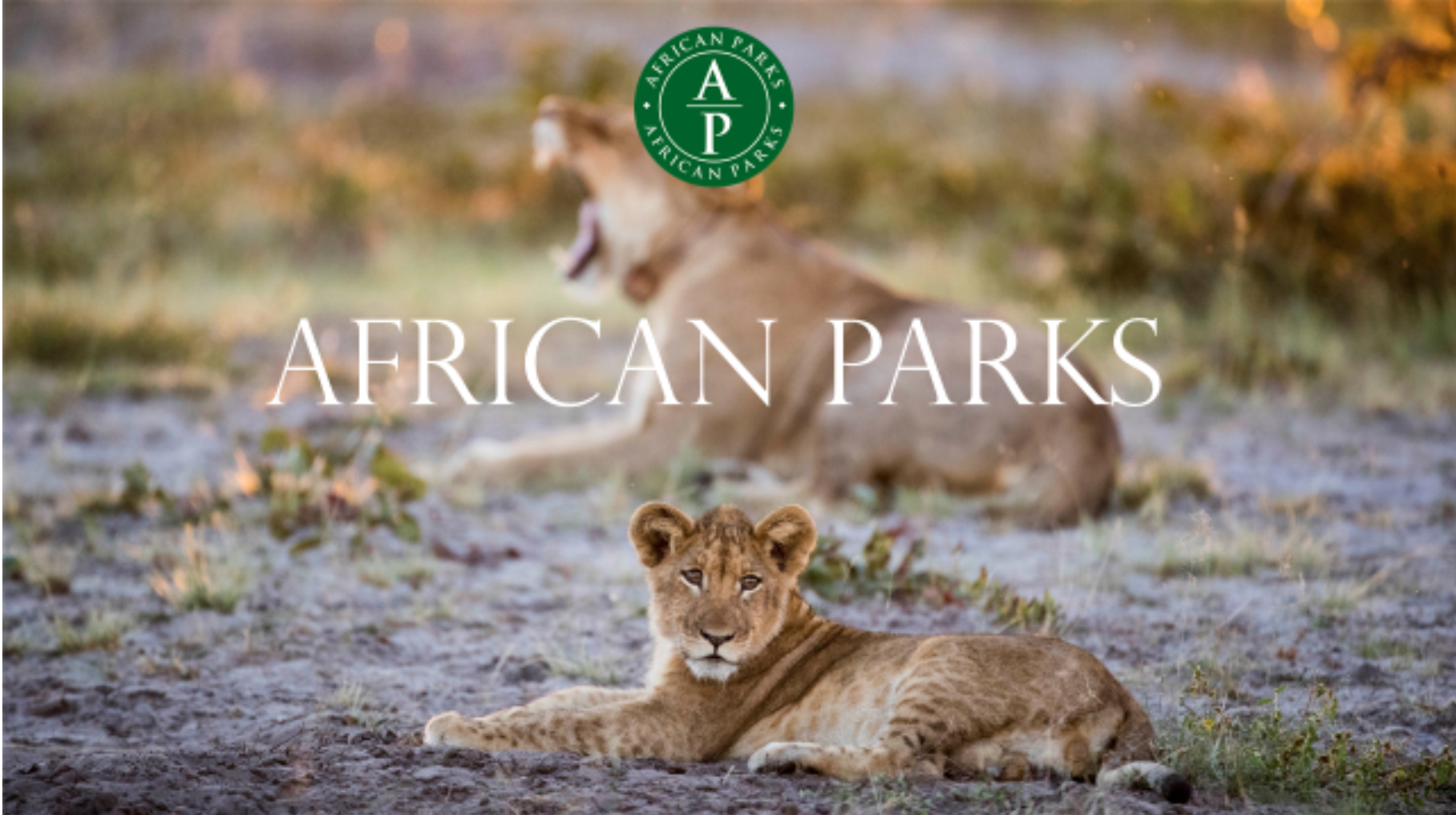 “AP” is a non-profit organization, focused on the restoration of mostly endangered and damaged, essential nature areas, spread over 16 parks and more than 11 million hectares of Africa’s most beautiful habitats. The brainchild of one of the Netherlands’ most colorful industrialists, Paul Fentener van Vlissingen. Used to running the SHV family group tightly, he wanted to link his “business principles” to tight law enforcement and close involvement of the local communities who live in and around the nature areas run by his nature conservation organization. In close cooperation with the governments of the countries, “AP” assumes far-reaching mandates to control “everything” in the management and running of nature reserves. This during sufficiently long periods, so that you can maximize the chances of being successful in conservation and involvement of the local population. The ultimate goal for each park is that, during the transfer, this becomes a qualified organization, self-sufficient and can be budget neutral.

Skill training for the local population, under management from outside, where their own skills are not yet at the required level, is one of the core elements of the policy. After the emergence of the new African nations, conservation and park management were often forced to fall to a lower importance because there was much to be developed in other areas. Incidentally, a worldwide phenomenon, where almost all nature areas are undercapitalized, so rowing against the current is limited with limited belts and resources. Also in Africa.

The central African country hit the major press around the world, when African Parks took upon themselves to alleviate the mounting pressure of the dense elephant populations in Liwonde National Park, and the human wildlife conflicts mounting due to growing human populations around the park and translocate hundreds of elephants to the northerly Nkhotakhota wildlife reserve. 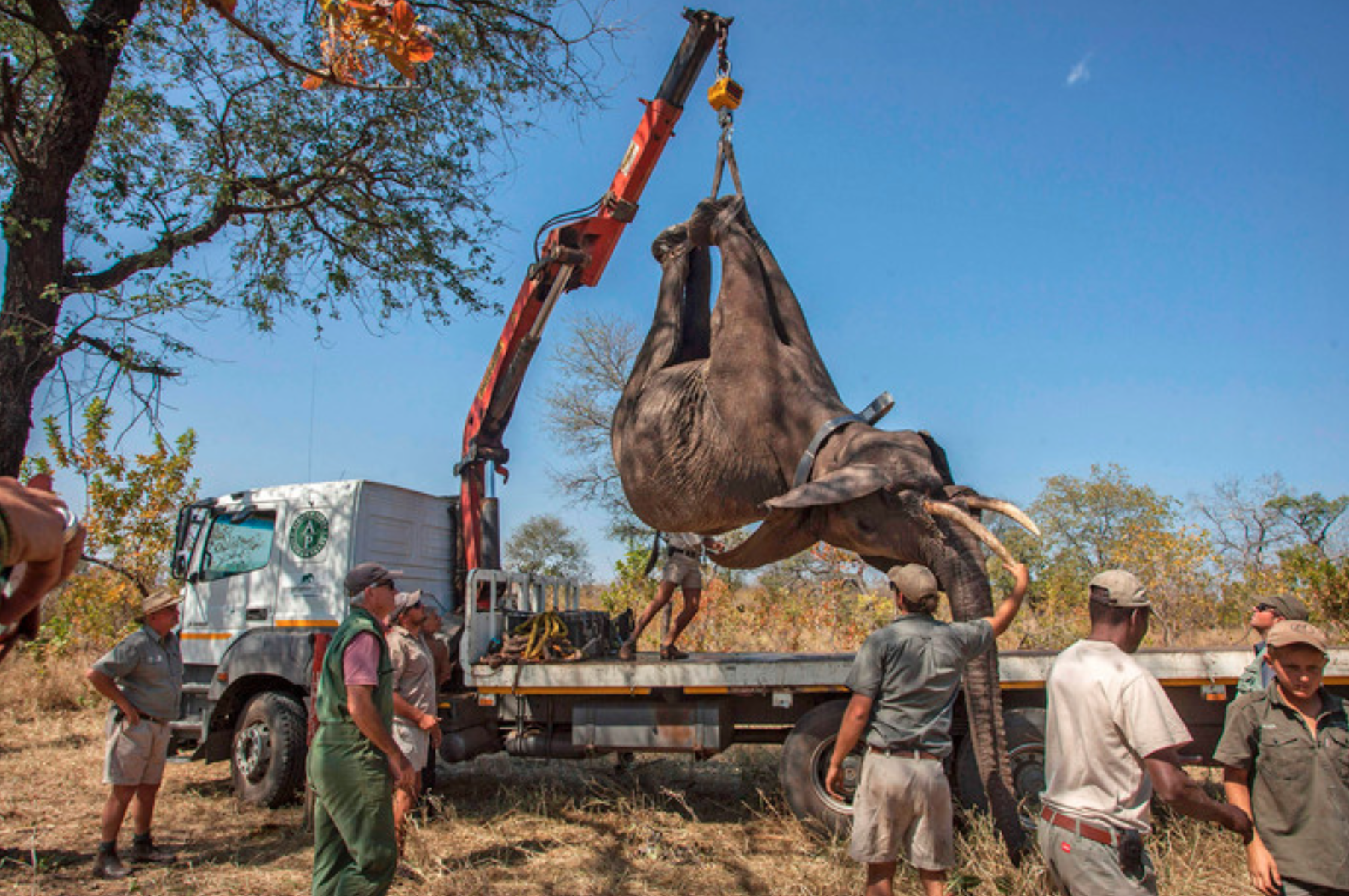 The Dutch Postcode Lottery was the key sponsor of the translocation of a total of 500 elephants across Malawi, to a total of more than Euro 2,5 million. © AFP

Let’s return to Liwonde National Park, Malawi. In brief, taking over the complete management of the national in 2015 has had the following effects:

• The safety of the local communities around the park has improved considerably in a situation where people were killed on a regular basis due to encounters and conflicts with elephants. A new fence has been erected that is checked 24/7 and repaired where necessary. Through a “LoRa” network there is better insight into the location of the elephants and when elephants do break out, the communities have “crackers” and “flares” to scare the elephants away. In the event of an outbreak, park management can now respond much faster if there are problems.

• The animals are a lot safer: the ranger team has removed 36,000 traps and in the last 2 years no more elephants or rhinos have been poached. 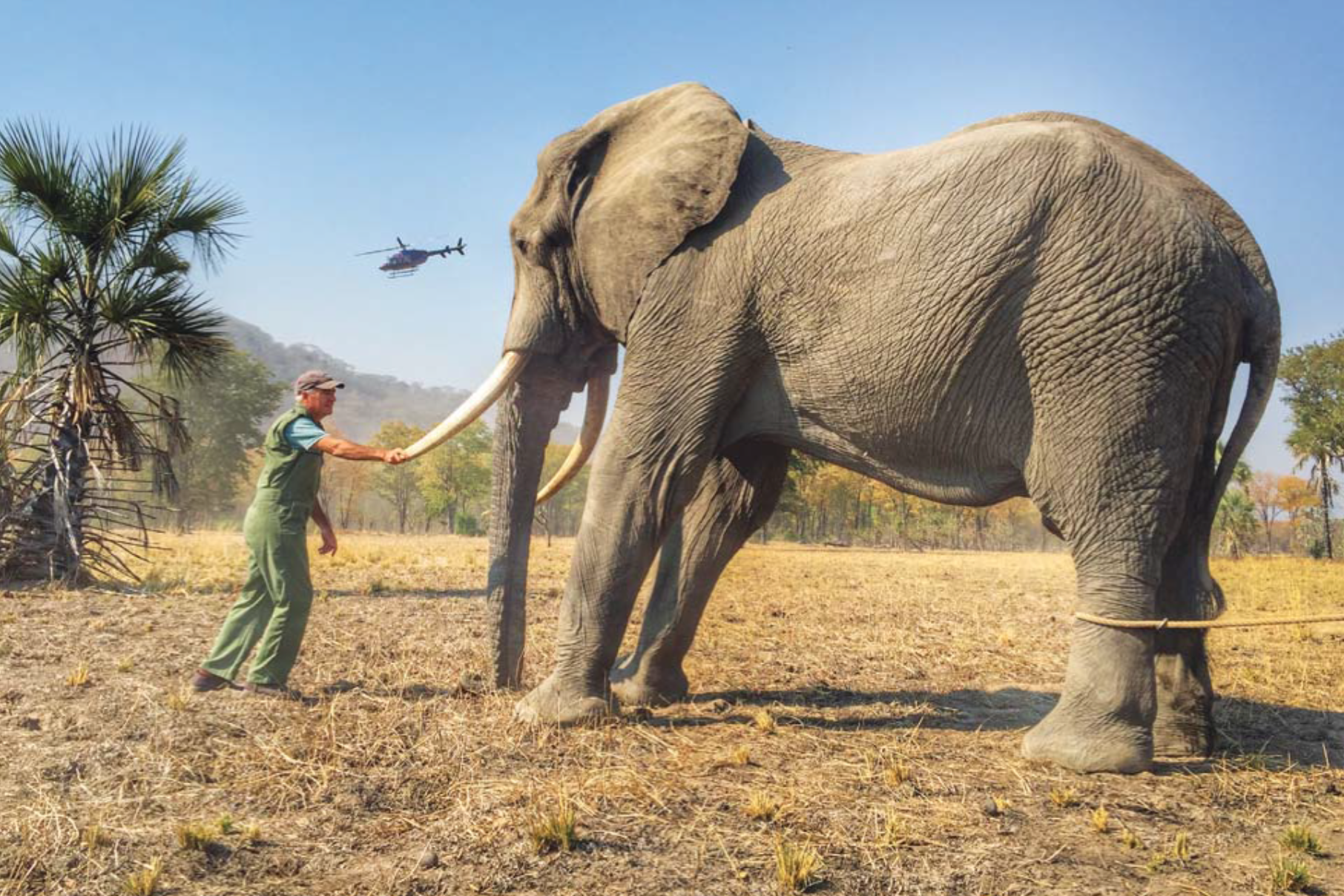 Kester Vickery helps a sedated bull elephant down to the ground during the elephant translocation in Liwonde. © Harry Wales for AP

• The pressure on the population, who live close to the park, has been reduced by the relocation of 320 elephants to a wildlife park that had been emptied and is now flourishing again. Should you be interested in this momentous conservation effort: please surf to 500 Elephants on the Move

• By actively supporting the population in the field of education and facilitating micro-enterprises, investments are made in sustainable socio-economic development.

The fine partnership between the Malawi government and African Parks, not only has led to many improvements to the health of Liwonde National Park. The great translocation has created the solid base of wildlife and nature recovery in Nkhotakhota Wildlife Reserve, a chance for Magochi Forest to restore to its former glory and so much more. Together with the successes made in Majete Wildlife Reserve, the partnership has put Malawi high in the ranks of attractive wildlife destinations in Africa and the world. Sustainable tourism will underpin this recovery and economic benefits will strengthen local communities as well. Until such time, there is much work to be done still. And funding needed to keep these standards of conservation and community involvement at the highest levels. 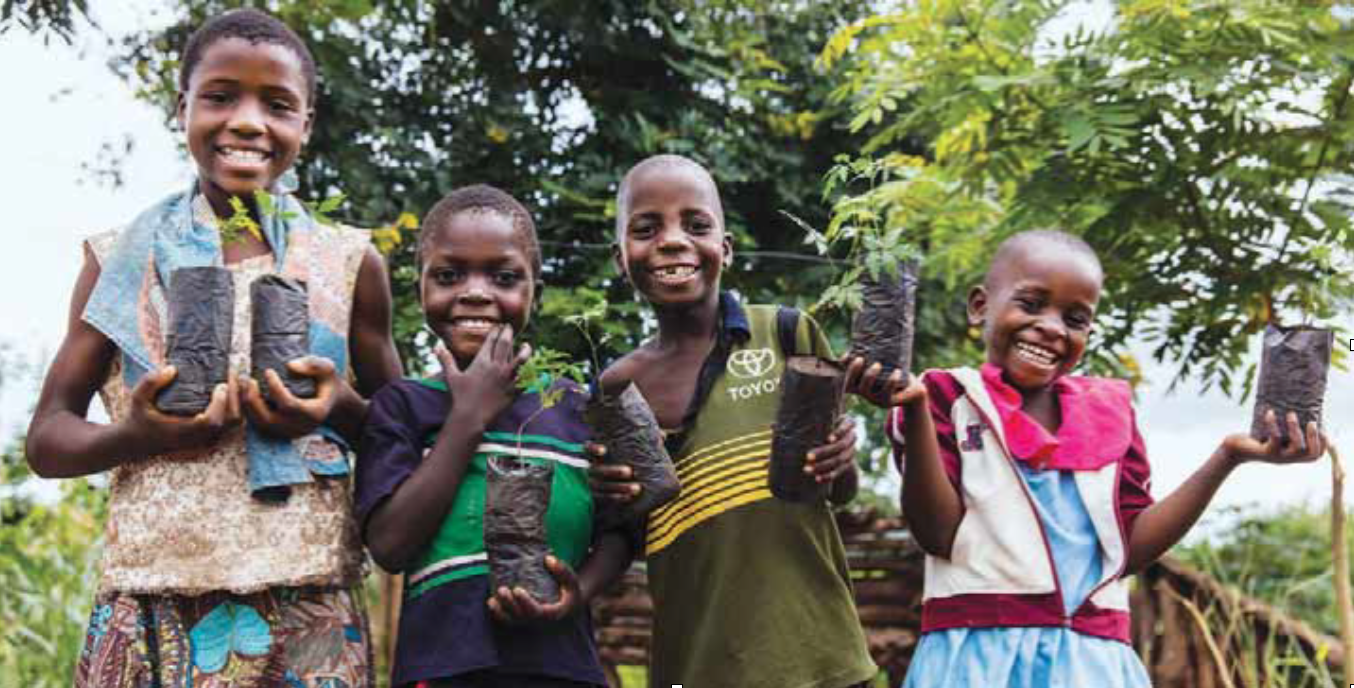 The Thika Foundation is proud to play its own modest but well needed role towards the empowerment of the communities of Liwonde. In supporting start-up micro-entrepreneurs in their beekeeping activities, supplying seedlings for Moringa and other trees to help combat hunger and poverty.

NB Joost Tania: In the videos and articles about African Parks you often come across images of the law enforcement, which Paul van Vlissingen and the subsequent leaders of AP see as a core for the success of their mission. For some people this might scare off, but – unfortunately – it is the reality of the daily tough fight against poachers. This is not so much aimed at the local people who poach ‘for the pot’ to feed their children. Very often the poaching has grown into well-armed and otherwise equipped criminal gangs.

Should you be interested more, I invite you to read this beautiful ‘long read’ article that Nat Geo recently devoted to how African governments, together with African Parks, are committed to preserving their fragile nature areas.